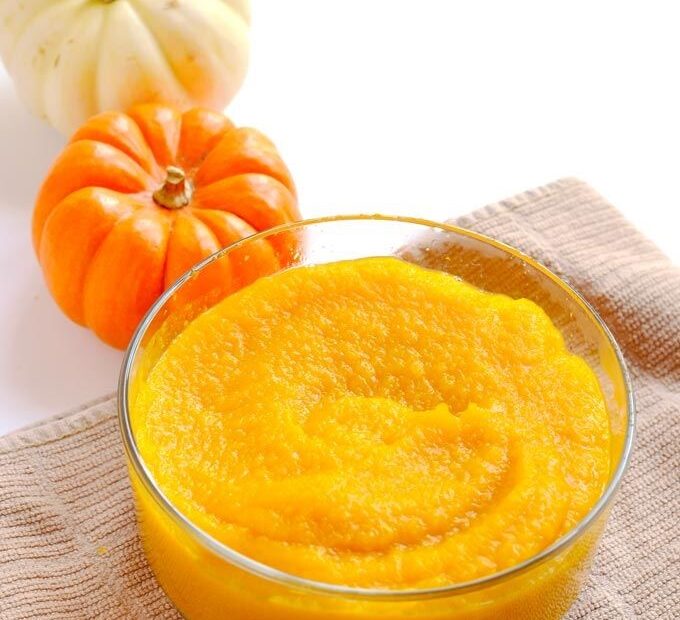 Autumn is synonymous with falling leaves, back to school and pumpkin flavored everything!  From late September right through the holidays we have a myriad of choices featuring pumpkin. But this versatile pantry staple deserves year round attention not just for its creamy flavor but for the nutritional boost it provides.

Canned pumpkin (not to be confused with pumpkin pie filling) is a superfood, chockfull of anti-oxidants that give this fruit its colorful orange hue.  It is loaded with immune boosting nutrients like potassium, zinc, folate, manganese, as well as vitamins A, C, E, and B6.  It’s a good source of fiber and its low in calories; with only 49 calories per cup.  If you don’t use the whole can at once, you can pour the leftover pumpkin puree into an ice cube tray and freeze it, placing the frozen cubes in a freezer bag for another recipe.

So instead of relying on the usual suspects that turn up only once a year, try some of the following easy recipe ideas to boost the flavor and nutrient profile of your food all year long: