Clearing Up the Controversy Around Soy 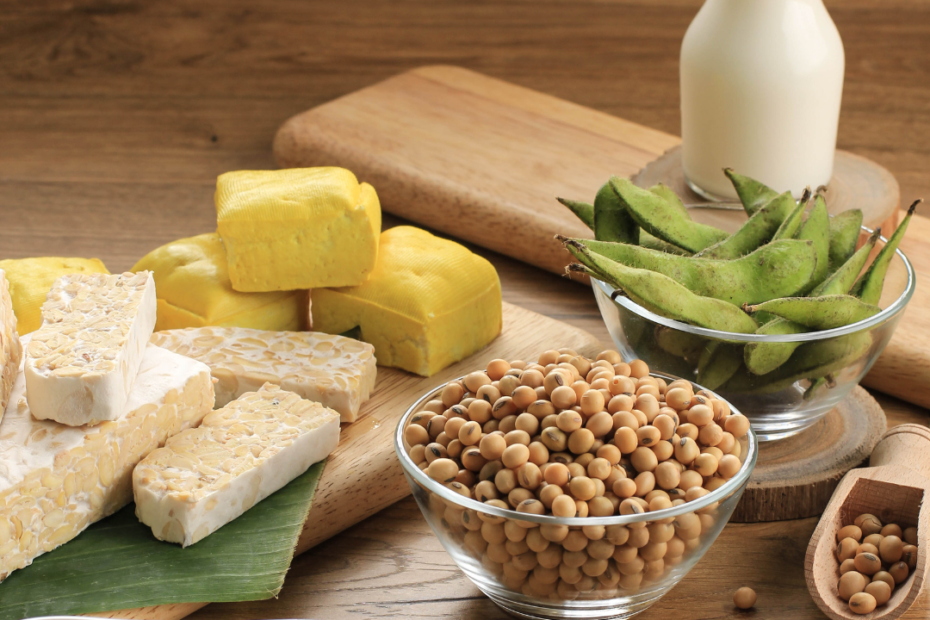 Soy is a nutrient-dense legume indigenous to Eastern Asia that has been enjoyed by Asian cultures for thousands of years. It wasn’t until around the late 20th century that soy and soy products started to make an appearance in the Western World and American diet. Common soy foods include soybeans, tofu, edamame, tempeh, miso and soy milk, and the consumption of soy foods, particularly as a replacement for red or processed meat, has been linked to a variety of health benefits such as lower cholesterol, blood pressure and blood sugar, lower risk of heart disease, and fewer symptoms of menopause.

Similar to animal proteins such as meat, poultry, eggs and fish, soy is one of the few plant proteins that is considered a complete protein, meaning it contains all of the essential amino acids that our bodies cannot produce on their own, making it one of the best plant-based protein options to choose. Soy is nutrient-dense, low in saturated fat and high in polyunsaturated fats, fiber, vitamins, minerals and polyphenols – antioxidants that can protect against oxidative stress and cell damage.

Soy is also high in isoflavones, a subclass of polyphenols, which are similar in structure to estrogen, a natural hormone found in our bodies that has been linked to increased breast cancer risk. It is the high isoflavone content in soy, and the concern that the body might recognize isoflavones as estrogen, that has led to the myth that the consumption of soy foods will increase breast cancer rates in men and women.

Most previous research linking soy consumption and cancer was conducted on rats and mice, and it has since been determined that soy is metabolized differently by humans than it is by rodents. Furthermore, most of these studies linking soy and cancer used isolated soy compounds (such as soy protein isolate) or high doses of isolated isoflavones rather than whole soy foods or soybeans in their trials; on the contrary, according to the American Cancer Society, other U.S. based studies that used pure forms of soy have not suggested any link between soy consumption and cancer. Moreover, the studies using pure forms of soy also found that soy contains anti-estrogen properties, actually preventing the binding of natural estrogen to estrogen receptors in the body (such as those found in the breast), which could potentially lead to a decreased risk of cancer.

As such, the American Cancer Society openly supports and promotes not only the safety of soy consumption, but also the many health benefits of soy foods. The ACS does recommend, however, avoiding high doses of isolated soy compounds such as those that would be found in supplements and potentially in protein powders, texturized vegetable protein, and some protein bars until further research has been conducted.